This section is not meant to be an exhaustive list of all my doctrinal beliefs, rather it is meant to shed light on areas of Christian theology that are currently debated and contested. Fortunately, I do not have to reinvent the wheel, so I won’t. I will just point you to statements of faith that I affirm. I realize that I might not be the right theological fit for every church. My hope is that being upfront about these doctrinal beliefs will help clarify where I stand for churches interested in working together.

It may be necessary that the creeds below are historic confessions of the church and they speak of a “Catholic Church”. This is not meant to be confused with “roman catholicism”. When these creeds were written “catholic” merely meant “universal”. I am extremely proud of my evangelical protestant faith and would not want to be confused as Roman Catholic.

We, then, following the holy fathers, all with one consent teach men to confess one and the same Son, our Lord Jesus Christ, the same perfect in Godhead and also perfect in manhood; truly God and truly man, of a rational soul and body; coessential with the Father according to the Godhead, and consubstantial with us according to the manhood; in all things like unto us, without sin; begotten before all ages of the Father according to the Godhead, and in these latter days, for us and for our salvation, born of the Virgin Mary, the mother of God, according to the manhood; one and the same Christ, Son, Lord, Only-begotten, to be acknowledged in two natures, without confusion, without change, without division, without separation; the distinction of natures being by no means taken away by the union, but rather the property of each nature being preserved, and concurring in one person and one subsistence, not parted or divided into two persons, but one and the same Son, and only begotten, God the Word, the Lord Jesus Christ; as the prophets from the beginning have declared concerning Him, and the Lord Jesus Christ Himself has taught us, and the creed of the holy fathers has handed down to us.

I believe in one God, the Father Almighty, Maker of heaven and earth, and of all things visible and invisible. And in one Lord Jesus Christ, the only-begotten Son of God, begotten of the Father before all worlds; God of God, Light of Light, very God of very God; begotten, not made, being of one substance with the Father by whom all things were made. Who, for us men and for our salvation, came down from heaven, and was incarnate by the Holy Spirit of the virgin Mary, and was made man; and was crucified also for us under Pontius Pilate; He suffered and was buried; and the third day He rose again, according to the Scriptures; and ascended into heaven, and sitteth on the right hand of the Father; and He shall come again, with glory, to judge the living and the dead; whose kingdom shall have no end. And I believe in the Holy Spirit, the Lord and Giver of life; who proceedeth from the Father and the Son; who with the Father and the Son together is worshipped and glorified; who spoke by the prophets. And I believe in one holy catholic and apostolic church. I acknowledge one baptism for the remission of sins; and I look for the resurrection of the dead, and the life of the world to come.

(1) Whosoever will be saved, before all things it is necessary that he hold the catholic faith; (2) Which faith except every one do keep whole and undefiled, without doubt he shall perish everlastingly.

(29) Furthermore it is necessary to everlasting salvation that he also believe rightly the incarnation of our Lord Jesus Christ. (30) For the right faith is that we believe and confess that our Lord Jesus Christ, the Son of God, is God and man. (31) God of the substance of the Father, begotten before the worlds; and made of the substance of His mother, born in the world. (32) Perfect God and perfect man, of a reasonable soul and human flesh subsisting. (33) Equal to the Father as touching His Godhead, and inferior to the Father as touching His manhood. (34) Who, although He is God and man, yet He is not two, but one Christ. (35) One, not by conversion of the Godhead into flesh, but by taking of the manhood into God. (36) One altogether, not by the confusion of substance, but by unity of person. (37) For as the reasonable soul and flesh is one man, so God and man is one Christ; (38) Who suffered for our salvation, descended into hell, rose again the third day from the dead; (39) He ascended into heaven, He sitteth on the right hand of the Father, God Almighty; (40) From thence He shall come to judge the living and the dead. (41) At whose coming all men shall rise again with their bodies; (42) And shall give account of their own works. (43) And they that have done good shall go into life everlasting, and they that have done evil into everlasting fire. (44) This is the catholic faith, which except a man believe faithfully, he cannot be saved.

1. Innerency of Scripture (The Chicago statement)

With a background in media, connecting the Gospel with mediums such as youtube, Spotify, Facebook, and google play seemed to come second nature. Here you can listen to some of my favorite content I have produced over the years. I have a sermon uploaded that you can sample along with my favorite podcasts I have produced. I hope you enjoy it. 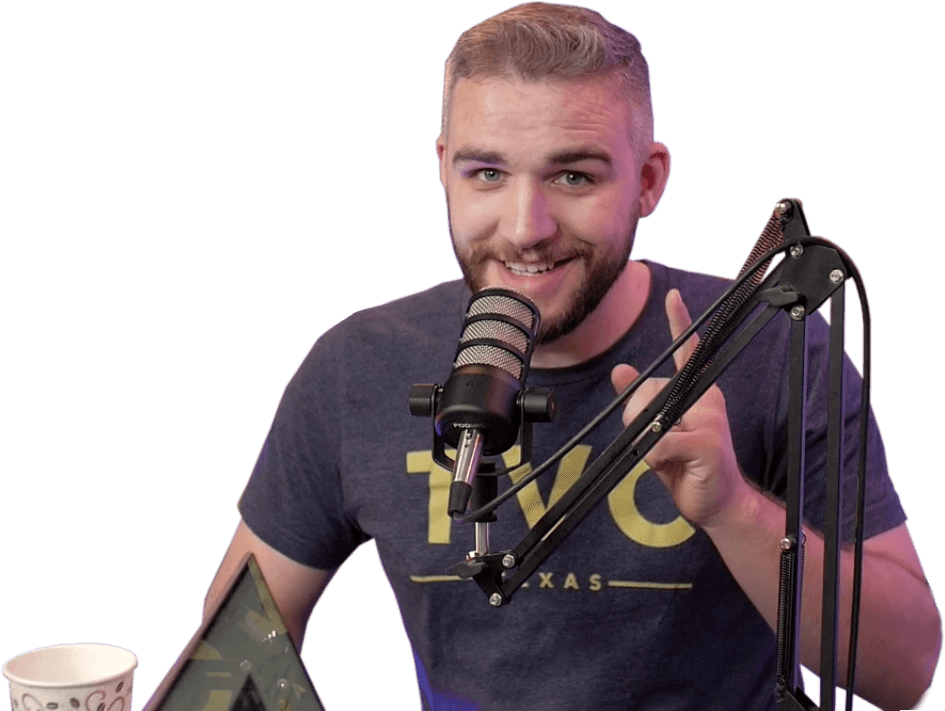